As a result of COVID-19 our response times may be longer than usual. Our online store is operating as normal.

Watch American TV channels live as shown in the USA or on catchup services like Netflix, Hulu Plus, HBO, Showtime, Fox, NBC, ESPN etc. Watch from wherever you are, on any of your devices. 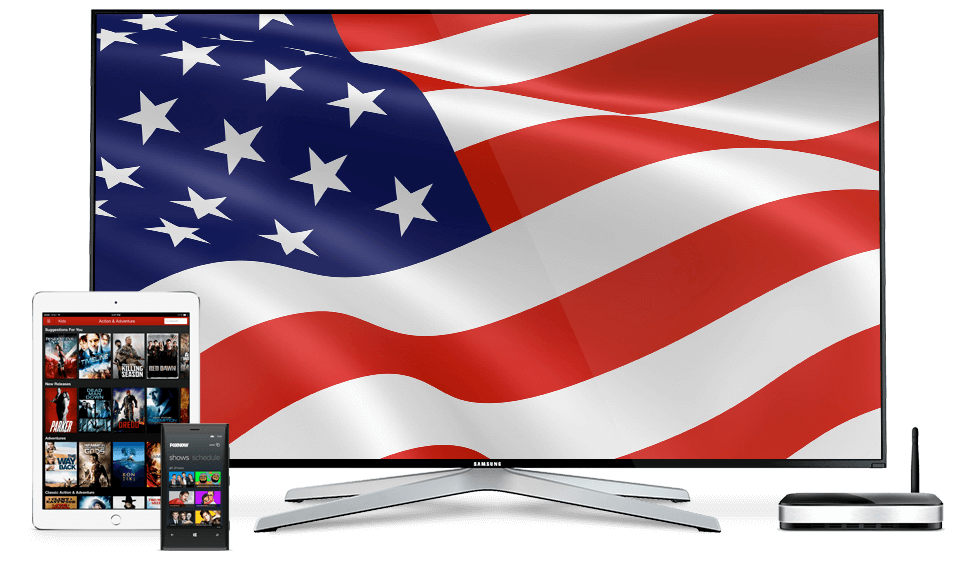 Learn how to unlock USA TV Channels in 3 easy steps

Connect instantly to our USA based VPN or Proxy Server on any of your devices.

Watch USA TV live or on-demand for free from wherever you are.

Now watch USA TV from anywhere on any of your devices.

What customers are saying about
Liberty Shield & USA TV

“HBO has all my favourite shows, including Game of Thrones and Ballers but my ISP was blocking me. With your USA VPN I’m now watching away on my iPad no problem at all.”

“Netflix USA was blocked by my previous VPN company but thanfully no issues at all with Liberty Shield, I now watch American Netflix wherever I go.”